Ways of Treating Buildings in Order to See Them #3 is part of a series of attempts to understand the particular way the 537 Broadway Cast Iron Building records its own history. This event merges previous performative actions such as Accidental Interviews -- An Archive and TEHF Dinner Series, co-developed with Valeria Meiller in the fall of 2014. The actions were conducted under Towards events, scoring objects, Agustín Schang's thesis project. 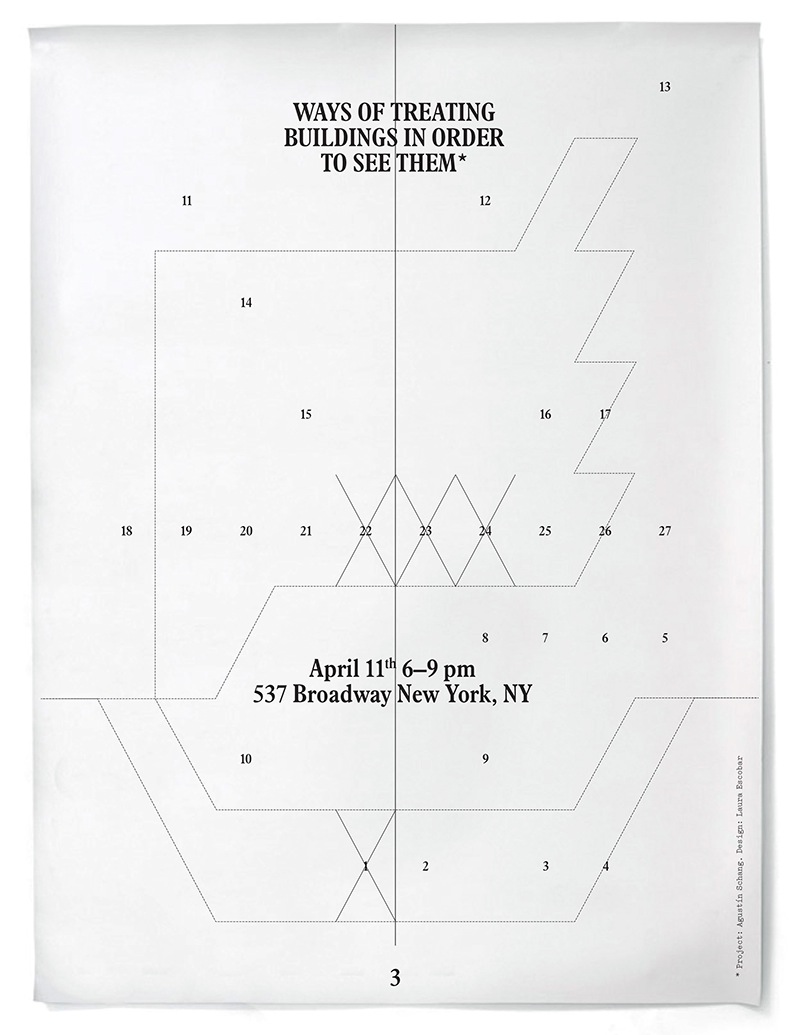