Screening of video documentation of some of Robert Whitman's early theater pieces and his most recent work, Swim

Swim was created with the idea of it being accessible to both blind and sighted audience members. Emilie Gossiaux, an artist who consulted with Whitman during the production of the work, will talk about her experience of the work after the screening. 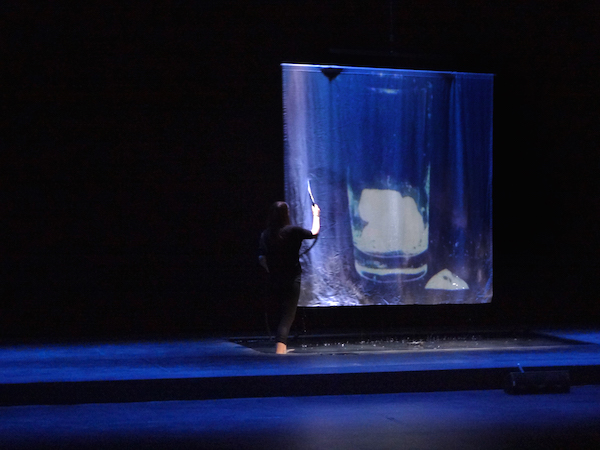 In Swim by Robert Whitman, a performer sprays water on a screen on which is projected ice cubes falling into a glass. Photo: Ann Marie Williams