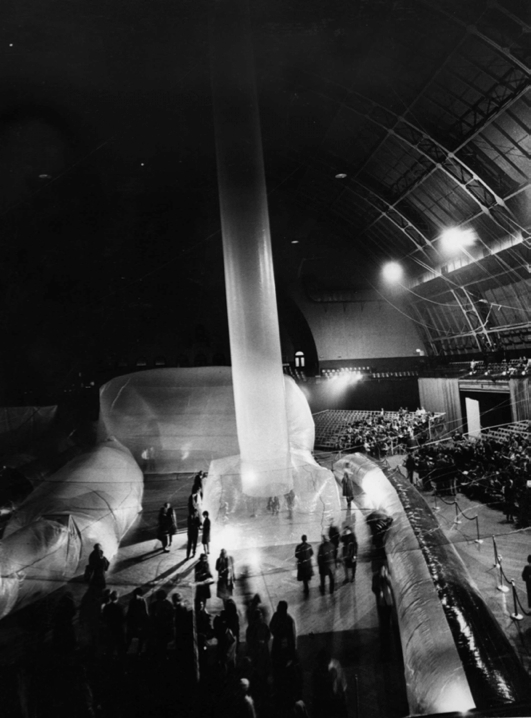 Screening: Steve Paxton's Physical Things
Followed by a discussion with Steve Paxton via Skype. This event was organized by Julie Martin and Cathy Weis.

Physical Things was created in collaboration with engineer Dick Wolff. A polyethylene air-inflated structure occupied most of the Armory floor. The audience could walk through the structure freely, encountering projections, sounds and performers. Outside the structure, wire loops suspended above the audience generated sounds of music, screaming jungle birds, man discoursing on fishing, etc., that the audience heard through small pick-up devices, designed and built by the engineers especially for this performance.