Screening: Yvonne Rainer's Carriage Discreteness
Followed by a discussion with Wendy Perron. This event was organized by Julie Martin and Cathy Weis.

Carriage Disceteness was created in collaboration with engineer Per Biorn. On the floor were spread out cubes, planks, sheets and beams of different materials: Masonite, wood, Styrofoam, rubber, etc. Seated in a high balcony, Rainer transmitted instructions to the performers to carry objects from one place to another, using FM transmitter and pickups. Parallel to this were 'events', preprogrammed on ACTAN drum switches, which included film and slide projections, a super ball and pieces of foam rubber dropped from the ceiling, and a collapsing screen. 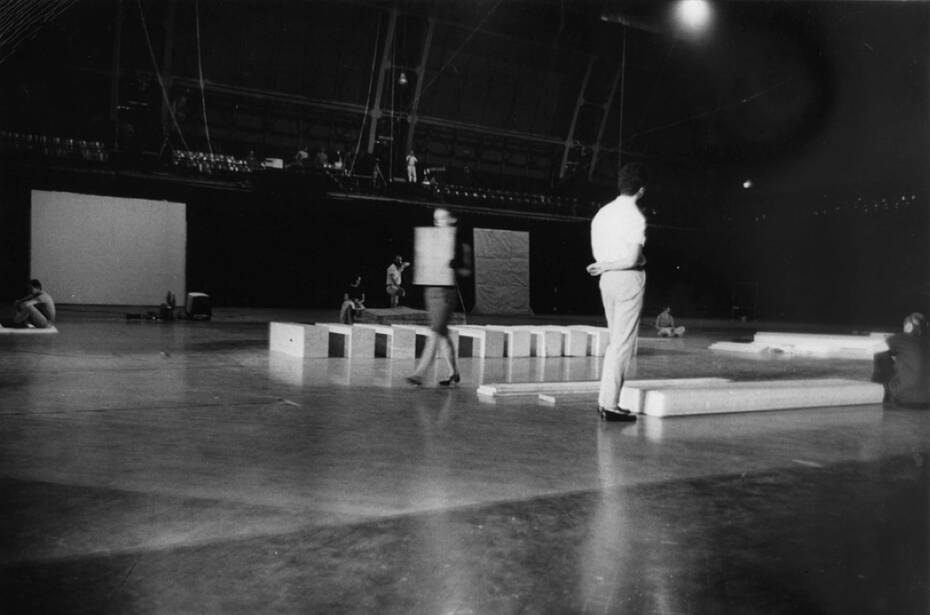