Screening: Robert Whitman's Two Holes of Water - 3
Followed by a discussion with Julie Martin. This event was organized by Julie Martin and Cathy Weis.

Two Holes of Water - 3 was created in collaboration with engineer Robby Robinson . Seven cars, carrying film and television projectors, drove out onto the Armory floor and parked facing the back wall that was covered with white paper. On the balcony, television cameras shot performances: two girls moving slowly in front of a curved mirror, a girl typing, a small fiber optic camera inside a coat pocket. Whitman fed images of these live performances and off-air television images to the television projectors in the cars. He also cued the drivers to turn on the films of nature subjects he had made earlier. 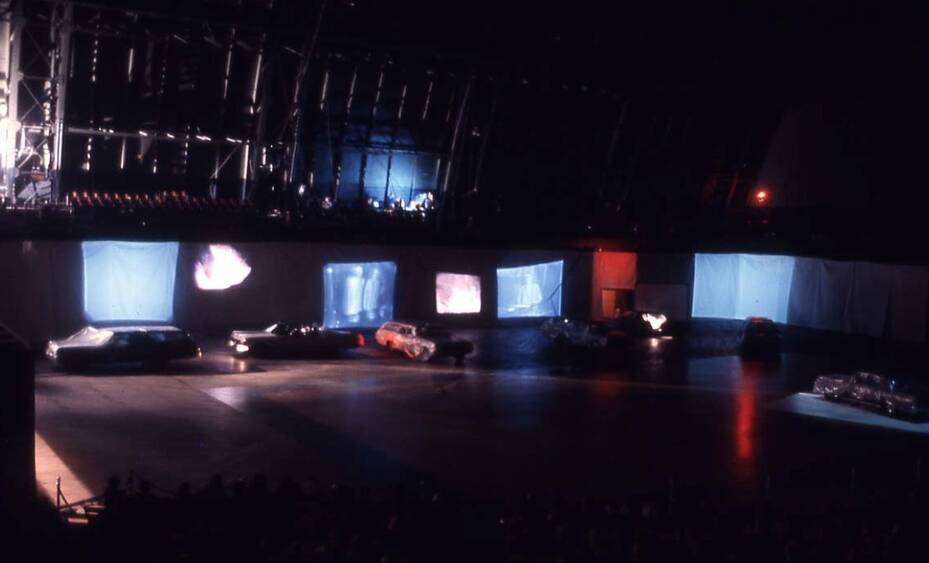