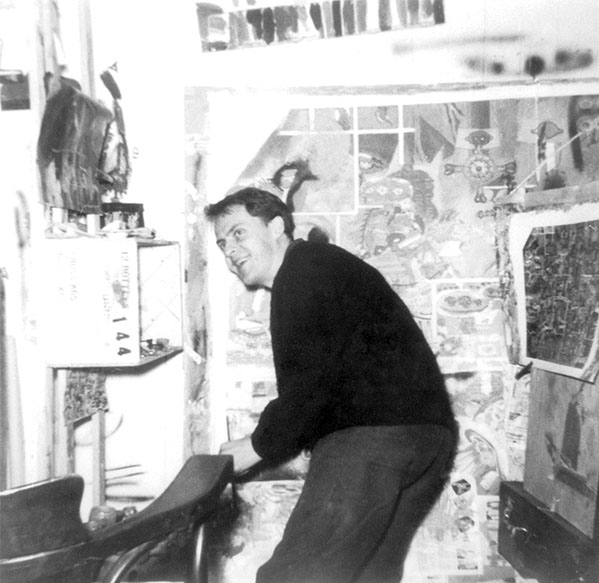 Öyvind Fahlström in his New York studio with his work "Sitting..." Photo by Billy Klüver


As this election period comes to a close, join us for a rare screening of Öyvind Fahlström’s film "Du Gamla Du Fria” (1972), a film where, as in real life, politics appears most adequately described through absurd theater.


Öyvind Fahlström (1928-76) has received world-wide recognition for his politically potent visual art and for his pioneering work in concrete poetry. Few know of this late film (titled after the Swedish national anthem), a film whose release was mired in conflict over its attack on the Swedish bourgeoisie, it’s use of real-life interviews, and accusations that it was “agitational." Maibritt Borgen, doctoral candidate at Yale University, will introduce the film and lead the discussion afterwards.


All Sundays on Broadway events begin at 6:00 pm. Doors open at 5:45 pm at WeisAcres. There are no reservations. Seating is first come, first served.


Keep in mind, this is a small space. Please arrive on time out of courtesy to the artists.


Sundays on Broadway events are free and open to the public. 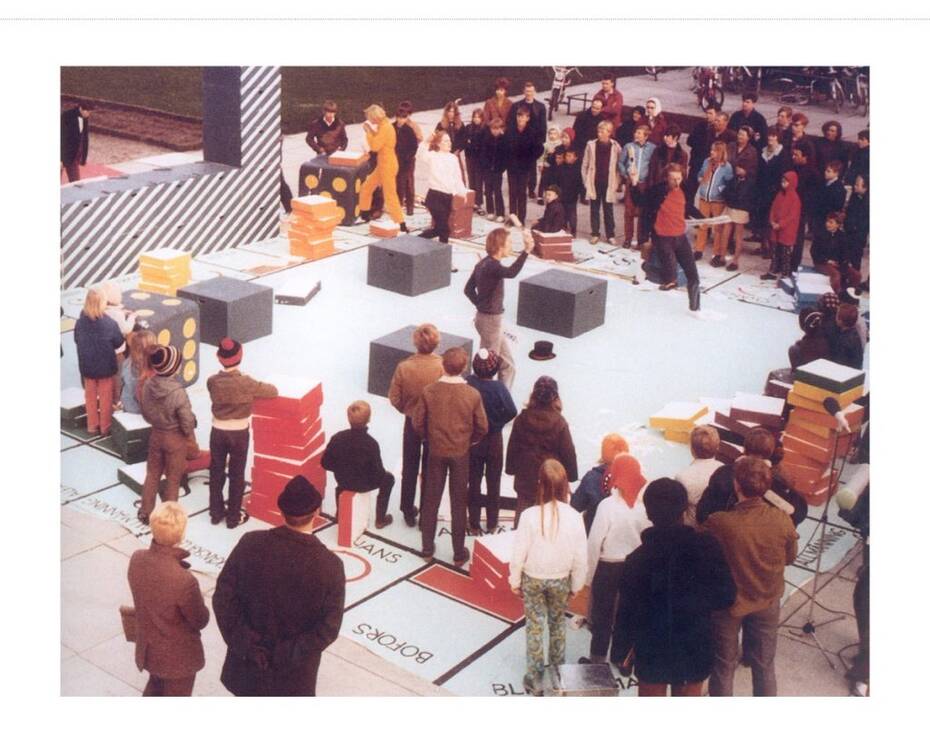 Öyvind Fahlström was born in São Paulo, Brazil to Scandinavian parents. Between 1949 and 1952 he studied art history and classical studies at the University of Stockholm and worked as a journalist. After a two-year stay in Paris, he moved to New York in 1961.

Beginning in 1962, he created numerous “happenings,” most of which were presented at the Moderna Museet. These included Aida (1962), Ur Mellanöl 1 and 2, and Fahlströms Hörna(1964). In 1965, he wrote Hammarskjöld om Gud, a play directed by Bröderna Strindberg and Soren Brunes. Brunes also collaborated with Fahlström on Kisses Sweeter than Wine (1966, as part of 9 Evenings). In 1966, Fahlström exhibited his work in the Swedish pavilion at the Venice Biennale. In addition to his visual, theatrical, and literary works, he directed a number of films (Mao-Hope March (1966), U-Barn, East Village, Revolution Now (1968), Du gamla du fria (1971)) and radio plays (Fåglar i Sverige (1963), Den helige Torsten Nilsson (1966), Cellen, collage for radio (1972)). In 1979, the Moderna Museet launched a posthumous travelling retrospective of his work, which closed at the Centre Georges Pompidou (Paris, France) in 1981.

Born in Nashville, Tennessee, in 1938, Julie Martin graduated from Radcliffe College with a BA in philosophy and received a Masters degree in Russian Studies from Columbia University. In 1966 she worked as production assistant to Robert Whitman on his theater performances, culminating in 9 Evenings: Theatre & Engineering in October 1966, that led to the founding of the Experiments in Art and Technology (E.A.T.). She joined the staff of E.A.T. in 1967, and over the years worked closely with Billy Klüver on projects and activities of the organization.>

In recent years she has worked as coordinating producer for Robert Whitman on his performances. Currently she is Director of  E.A.T. and Executive Producer of a series of films on DVD that document each of the ten artists’ performances at 9 Evenings. She is editing a book on the art and technology writings of Billy Klüver.