Screening: Alex Hay's Grass Field
Followed by a discussion with filmmaker Julie Martin. This event was organized by Martin and Cathy Weis. 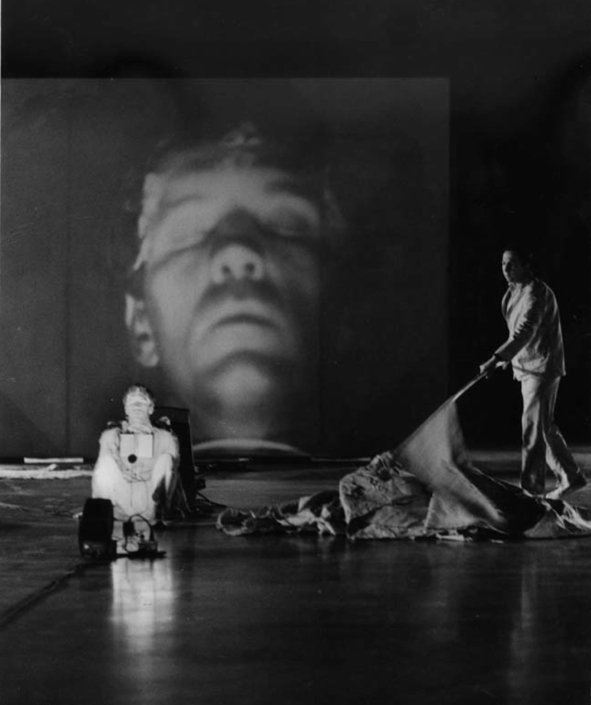 
Grass Field was created in collaboration with engineer Bob Kieronski. Alex Hay wore a backpack of specially designed differential amplifiers with a peak gain at low frequencies of 80 db and FM transmitters that picked up brain waves, muscle activity, and eye movement from electrodes placed on Alex's head and body. These sounds were broadcast to the audience as Alex carefully laid out 64 numbered pieces of cloth. Then he sat facing the audience, with his face being projected on a large screen behind him while two performers systematically picked up the pieces of cloth.