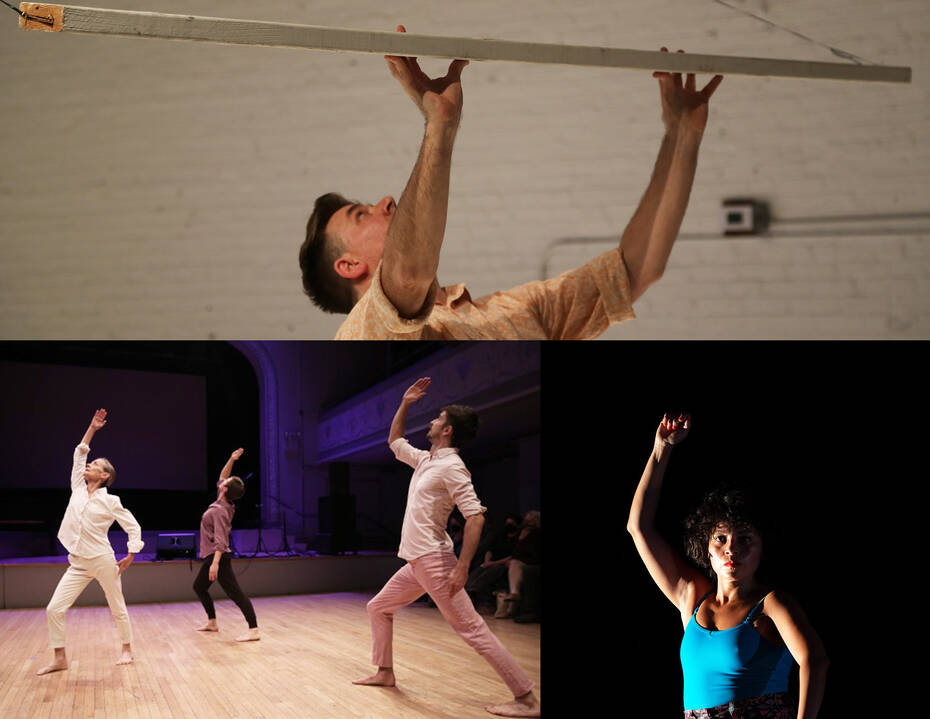 
Sundays on Broadway presents the first of two shows this month at WeisAcres. On Sunday, May 15th, we welcome Molissa Fenley, Jon Kinzel and Mariana Valencia.

Some Phrases I'm Hoping Andy Would Like (2019)
Choreographed and Performed by Molissa Fenley
Created in honor of choreographer Andy de Groat and premiered in concert with other performers that had worked with the late choreographer, at the Judson Church, September 17, 2019.

Jon Kinzel's dance considers the term 'viewing audience'. It will incorporate performance and visual art, and it will be informed by his recent evening-length work, Queens Terminus, which he presented at the new Chocolate Factory Theater.

Mariana Valencia's work in progress ruminates on how she grapples with the return to shared space and her unresolved grief. In this practice, her physical states move between the constant flux of embodied ease, rigor and distress, focusing on the act of arrival as a promise to her practice. Valencia's improvised scores are an interplay of choreography, original songs and text that move between performative polish and rawness.

Due to COVID restrictions, reservations are required. Please email Bridget O'Haire at to reserve your seat.

Jon Kinzel has presented his work, including numerous commissions and solo shows that have received critical praise, in a variety of national and international venues. He feels fortunate to have performed and/or collaborated with artists across several disciplines in New York City for over 30 years. He has served as a curator, movement dramaturg, mentor, and sound designer, taught at many universities as well as the Merce Cunningham Trust and Tsekh in Moscow, and contributed to several publications including SFMoMA’s Open Space, SCHIZM, and PAJ: A Journal of Performance and Art. His 2020 MacDowell Fellowship has led to a determined interdisciplinary practice.

Mariana Valencia is a performer and choreographer who creates evening-length solo works that have been presented nationally and internationally. She has held numerous residencies and received awards for her choreography, the most notable being the Bessie Award for Outstanding Breakout Choreographer (2018), the LMCC Extended Life grant (2020), a Foundation for Contemporary Arts Award to Artists grant (2018). She was a Whitney Biennial performance selection artist in 2019.