Screening: Lucinda Childs' Vehicle
Followed by a discussion with Meg Harper. This event was organized by Julie Martin and Cathy Weis.

Vehicle was created in collaboration with engineer Peter Hirsch.  A 70 kHz Doppler sonar system, especially designed for this piece, was activated by three red fireman's buckets that Childs took from a performer in a Ground Effects Machine and hung from scaffolding. As she swung the buckets around inside the ultra sonic sound beams, the reflected signals from the buckets mixed with the original 70 kHz signal, and the resulting beat frequency fell in the audible range. These sounds were transmitted to the twelve speakers around the Armory. 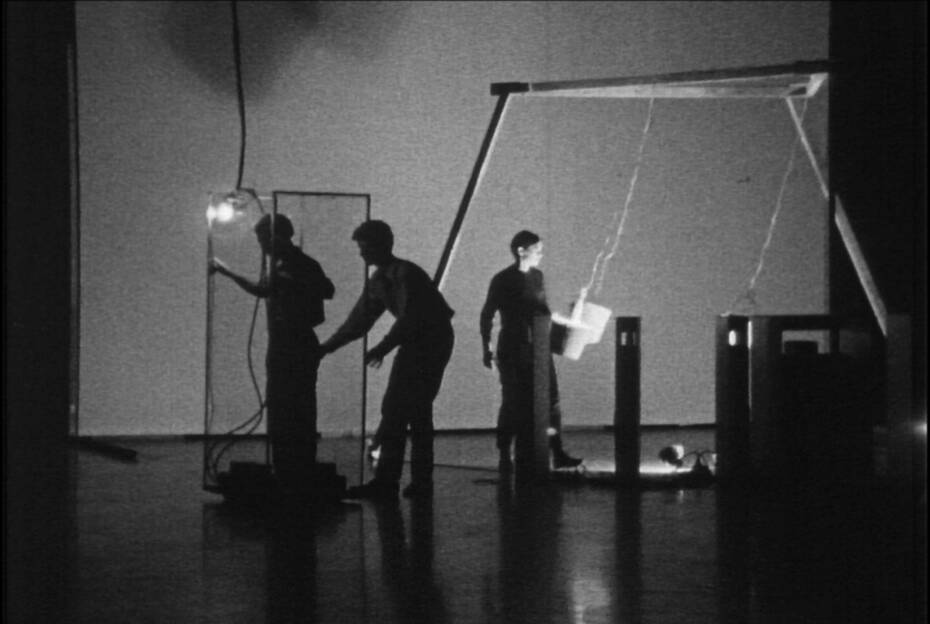