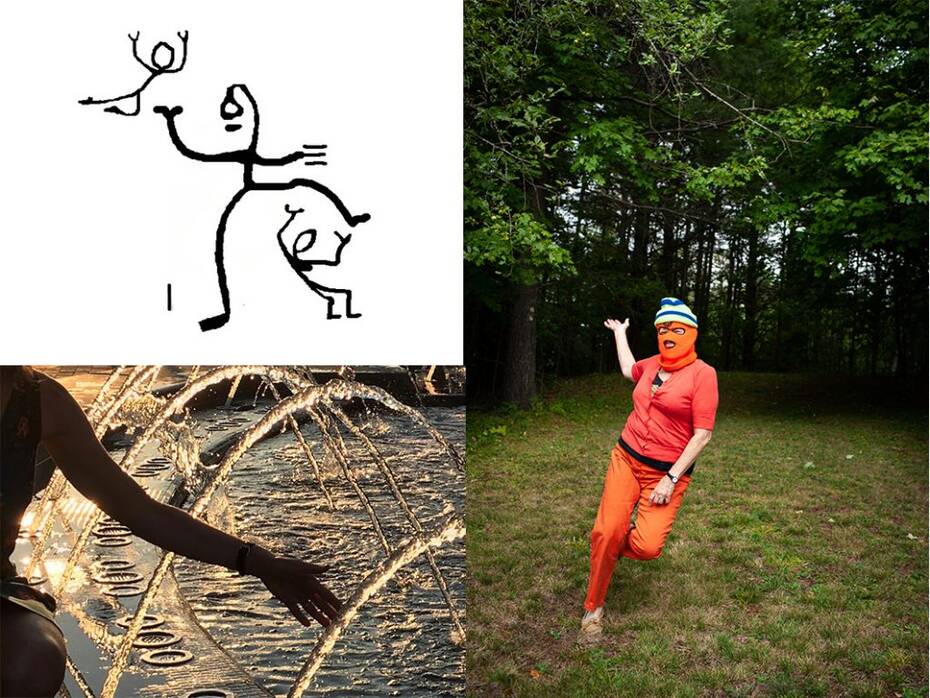 Sundays on Broadway and co-curators Emily Climer and Cathy Weis present an evening of performances by Ellen Fisher, Carolyn Hall, and the seasonal return of Shorties.

Choreographer and performer Ellen Fisher will present Simple, a work that asks: when does movement become dance? Simple investigates routine actions we perform every day and the movements we make when we do them. We navigate through space based on our intent. If you take away that intent, can these movements be considered dance?

Carolyn Hall has created timelines of the history of New York City fish and fisheries. All of us living in the city all bring our personal histories and contexts when interacting with the fishy data. In the space between the science and the personal there is connective tissue and a flow from the ecological to the historical to the present. Hall will be experimenting with a physical conversation in which she and the audience move with and among the data thereby encouraging new connections between us and our surrounding urban aquatic environment.

In fall 2018, when there was a last-minute cancellation, Cathy Weis and other curators desperately called on friends to perform in a group improvisational structure. It was such a roaring success that they decided to close out the season by doing it again. Shorties is a flurry of micro-dances—one- to-two minute improvisations—performed in quick succession by eleven performers: Emily Climer, Douglas Dunn, Patrick Gallagher, Fumi Kikuchi, Jon Kinzel, Luis Lara Malvacías, Dustin Maxwell, Jennifer Miller, Jennifer Monson, Wendy Perron, Vicky Shick, Cathy Weis. Who says we can’t make a silk purse out of a sow’s ear?


Keep in mind, this is a small space. Please arrive on time out of courtesy to the artists.

Ellen Fisher is a movement-based performance artist whose work integrates gestural actions with visual elements such as film and shadow play. Fisher’s performance work is informed by her ethnographic research in the rituals and trance dances of South Asia, particularly Sri Lanka, for which she has received ACCNY grants and a Fulbright. She has also been granted funding for her solo work from NEA, NYFA, and the Jerome Foundation, amongst others. Fisher began performing with Meredith Monk/The House in the 1970s, and continues today. She also teaches and lectures regularly on dance both domestically and internationally.

Carolyn Hall is a Brooklyn-based dancer/performer, historical marine ecologist, and science communications instructor. She works freelance at all of these and is currently involved in gigs with Third Rail Projects, Carrie Ahern, the Alan Alda Center for Communicating Science, the American Fisheries Society, and Works on Water. She is increasingly invested in combining her artist and scientist halves to make data-rich science more understandable, embodied, and memorable for the general public. Thanks to Cathy for this terrifying push to experiment and manifest.

Sundays on Broadway is made possible in part with public funds from Creative Engagement, supported by the New York City Department of Cultural Affairs in partnership with the City Council and the New York State Council on the Arts with the support of Governor Andrew Cuomo and administered by LMCC.

LMCC empowers artists by providing them with networks, resources, and support, to create vibrant, sustainable communities in Manhattan and beyond.